The Venice Carnival festivities begin this weekend.  Over a period of two weeks there will be costumed parades, masquerade balls and costume contests. There are more than 50 related events in Venice and nearby providing entertainment, live music and theater. The 2016 Carnival theme is “Creatum -introducing Arts and Traditions”; honoring the craftspeople that have kept traditions alive. The amazing colorful costumes and elaborate masks are a feast for the eyes. Traces of the festivities we see today began as early as 1192. The modern-day Venice Carnival was instituted in 1979, after many periods of stop and start, including being banned by the fascist regime of Mussolini in the 1930s.

The mask-makers, called “mascherari”, traditionally had their own craftsmen guild and set of laws. One of the main highlights is the beautiful mask contest “la maschera più bella”. Held the last weekend of the carnival celebrations, entrants are judged by a panel of international fashion and costume designers. 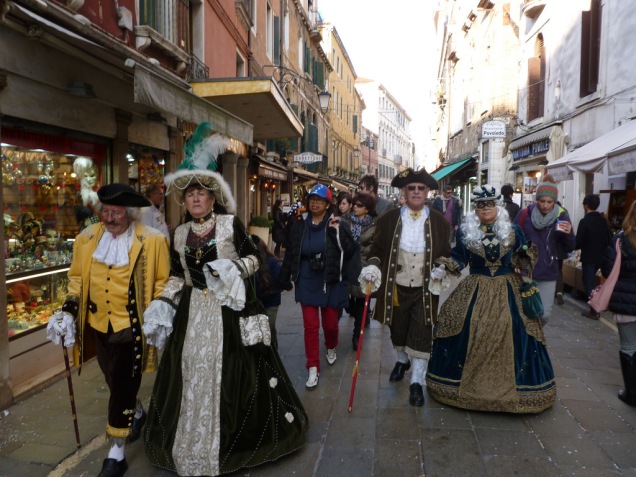 Venice will play host to over 3 million visitors during the Carnival period. Depending on the size of your wallet, you can choose how much or how little to participate. Spending only your time, you can view the costumed boat parade through the Grand Canal, great people-watching, and mask or costume contests. Tickets were still available to some of the masqueraded ball events next week; they range in price from hundreds to thousands of dollars depending on which ball and which level of ticket you purchase. Costumes and accessories are rented by the day and range from a couple hundred to a thousand dollars depending on the type of character you want to portray, how fancy you prefer to be and if you want to pay for professional makeup. 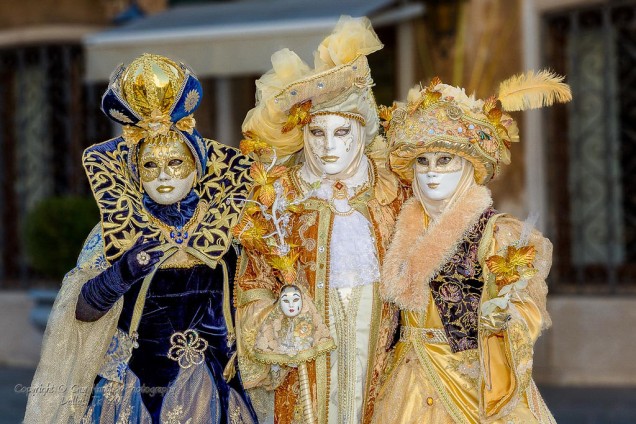 If the Venice Carnival is on your bucket list, you will feel transported back in time to an age when putting on a dress took more than one person and your position in society was literally worn on your sleeve.